Jesus Christ is the Lord, God of Israel


Jesus Christ is the Lord, our God:
The Father, the Son, and the Holy Spirit are ONE!

We can prove this through prayer and digging further into the Bible.


Let’s look at how the description of Lord Jesus Christ being God's Word in the first chapter of the Gospel according to John matches what the Holy Spirit of Wisdom says in the Proverbs:

Before the world began, the Word was there. The Word was with God, and the Word was God. He was there with God in the beginning. Everything was made through Him, and nothing was made without Him. In Him there was life, and that life was a light for the people of the world. The light shines in the darkness, and the darkness has not defeated it. There was a man named John, who was sent by God. He came to tell people about the light. Through him all people could hear about the light and believe. John was not the light. But he came to tell people about the light. The True Light was coming into the world. This is the True Light that gives light to all people. The Word was already in the world. The world was made through Him, but the world did not know Him. He came to the world that was His own. And His own people did not accept Him. But some people did accept Him. They believed in Him, and He gave them the right to become children of God. They became God’s children, but not in the way babies are usually born. It was not because of any human desire or plan. They were born from God Himself. The Word became a man and lived among us. We saw His divine greatness—the greatness that belongs to the only Son of the Father. The Word was full of grace and truth. John told people about Him. He said loudly, “This is the One I was talking about when I said, ‘The One who is coming after me is greater than I am, because He was living before I was even born.’” Yes, the Word was full of grace and truth, and from Him we all received one blessing after another. That is, the law was given to us through Moses, but grace and truth came through Jesus Christ. No one has ever seen God. The only Son is the One who has shown us what God is like. He is Himself God and is very close to the Father.


(Well, that’s enough proof for me right there...but let's check out the rest of this evidence)..


Proverbs 8:22-36↓
“The Lord made Me in the beginning, long before He did anything else. I was formed a long time ago, before the world was made. I was born before there was an ocean, before the springs began to flow. I was born before the mountains and hills were set into place, before the earth and fields were made, before the dust of this world was formed. I was there when He set up the skies, when He drew a circle in the ocean to make a place for the land. I was there when He put the clouds in the sky and made the deep springs flow. I was there when He set the limits on the sea to make it stop where He said. I was there when He laid the foundations of the earth. I grew up as a Child by His side, laughing and playing all the time. I played in the world He made and enjoyed the people He put there. “Now, children, listen to Me. If you follow My ways, you will be happy too. Listen to My teaching and be wise; don’t ignore what I say. Whoever waits at My door and listens for Me will be blessed. Those who find Me find life, and the Lord will reward them. But those who do not find Me put their lives in danger. Whoever hates Me loves death.”


Ok, now prayerfully let's consider how much it sounds like the SAME One being described in John Chapter 1 (the Word / the Son) is the One that is speaking in Proverbs 8 (The Holy Spirit).

In Genesis 1, God refers to Himself as "We" and "Our." This would be accurate seeing as how God IS, in fact, the Father, the Son, and the Holy Spirit and all Three are present at all times. Furthermore, Jesus does the same when He speaks to Nicodemus in John 3. He refers to Himself as "We" and "Our" because the Spirit and the Father are present with Him always.
See below:

Then God said, “Let Us make man in Our image, according to Our likeness; let them have dominion over the fish of the sea, over the birds of the air, and over the cattle, over all the earth and over every creeping thing that creeps on the earth.”

Most assuredly, I say to you, We speak what We know and testify what We have seen, and you do not receive Our witness.


So, Jesus (the Son of God) is the Messiah and He is the Word of God, which is God. God's name is Lord and He is the Father, the Son, and the Holy Helper Spirit of Peace Wisdom and Understanding. We as true Christians believe in One God, the Only Living God- the God of Jacob.

Here are some more verses from the Scriptures to pray on for more understanding:

Jesus said to them, “Most assuredly, I say to you, before Abraham was, I AM.”

"I will send them a Prophet like you. This Prophet will be one of their own people. I will tell Him what He must say, and He will tell the people everything I command. This prophet will speak for Me, and I will punish anyone who refuses to listen to My commands."

“But you, Bethlehem Ephrathah, Though you are little among the thousands of Judah, Yet out of you shall come forth to Me The One to be Ruler in Israel, Whose goings forth are from of old, From everlasting."

“The Spirit of the Lord is upon Me, Because He has anointed Me To preach the gospel to the poor; He has sent Me to heal the brokenhearted, To proclaim liberty to the captives And recovery of sight to the blind, To set at liberty those who are oppressed; To proclaim the acceptable year of the Lord.”

“The Spirit of the Lord God is upon Me, Because the Lord has anointed Me To preach good tidings to the poor; He has sent Me to heal the brokenhearted, To proclaim liberty to the captives, And the opening of the prison to those who are bound; To proclaim the acceptable year of the Lord , And the day of vengeance of our God; To comfort all who mourn, To console those who mourn in Zion, To give them beauty for ashes, The oil of joy for mourning, The garment of praise for the spirit of heaviness; That they may be called trees of righteousness, The planting of the Lord , that He may be glorified.”﻿

THE Lord (God) says to my Lord (the Messiah), Sit at My right hand, until I make Your adversaries Your footstool.﻿

Thanks be to God, the Father of our Lord Jesus Christ. He is the Everlasting, the Alpha and the Omega. With faith in the Lord, all things are possible. Praise be to the God of Abraham, God of Isaac, God of Jacob. He is the One and Only true God. Peace be with all of God's people, and may His will be done!

Posted by iLearnFromJesus at 8:32 PM 3 comments:

ALL THANKS BELONG TO GOD 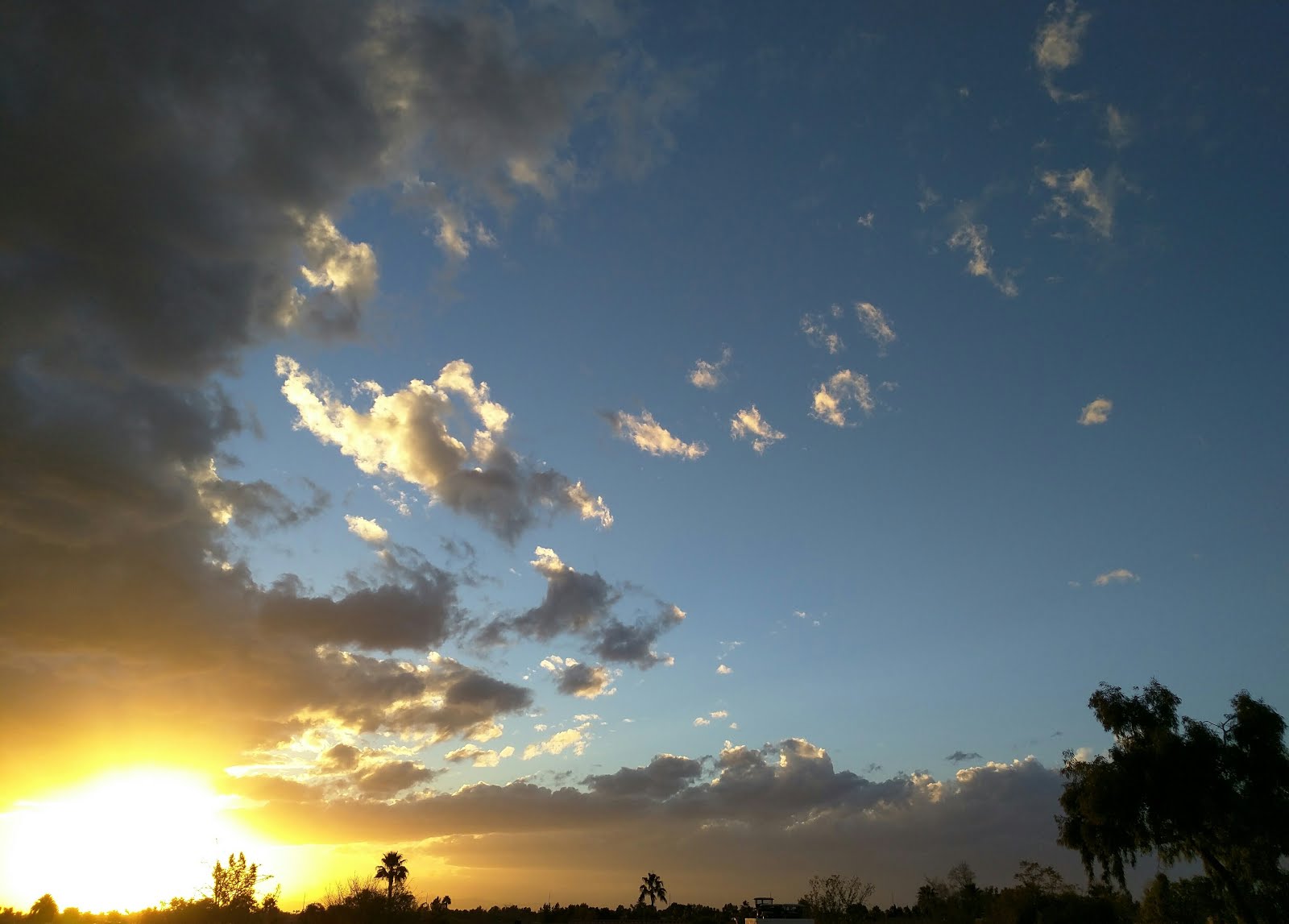 All thanks and praise belong to God Almighty- Our Father, His Helpful Holy Spirit, and His Son Jesus Christ! iLearnFromJesus. Let's worship the Lord together!

I learn from Jesus

Study God's Word with me!